And Now Battleground mobile India🇮🇳I s The Most Popular Mobile Game Of India It Has 1.3Billion Users Only From India So You Can Amazing The Popularity Of Pubg in india By It Users. So In This Article I Will Tell You Who Is The Best PUBG Player In India. and Also Describe Some Addition fact About Pubg

Old PUBG Is Banned In India Due To Privacy Issues So After That PUBG India  Launched in India.

Who Is The Best Pubg Player In India

So Friends Here Is The list Of 5 Best Pubg Players in india :

Now We Know About Every Pubg Player In Details With Their Pubg Id And Other details. Jonathan Is The Best Pubg Player of India He Is From Maharastra and At First Time He Started Playing PUBG In Iphone. His Nickname Is Hacker. He is ranked At 5th Place in Best Player List of PMCO Global 2019 And Play For a Esports In India. 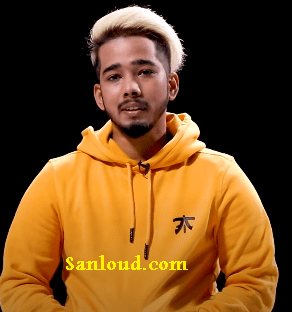 Scout is Most Popular Name in Pubg Gaming The Man Who Behing The Scout Is Tanmany Singh. He Have 2 Million Subscriber On Youtube and On Instagram 1.2 million peaple follow him. Tanmay Singh Is From Valsad , Gujarat. He Is 24 Year Old And The Real Name of Scout Is Tanmay Singh.

Tanmay Singh Want To Become A Footballer and represt Indian Team In Football But One Day He Jump From His Balcony and His Leg fractured and Doctor Said Take Rest Of 6 Months. So From Here He Thought To Making Skill And Career In Mobile Gaming.

Other Games That He Play – Dota and CS Go Mortal Is No.1 Richest Pubg Player In India Naman Mathur Is 24 Year Old In 2021. He Is Very Popular Between Fans He Has 6 million Subscriber On Youtube. Mortal is Earned 1.1 Crore Rupees Only From one Tournament.

He is Owner Of Team Soul

Girlfriend -Raven She Is Also Gamer

How To Become A Crorepati in Overnight Vivek Aabhas Is Yougest Popular Pubg Player He Is 18 Year Old Pubg Player. He Is Also Member Of Soul And 8bit And His Pubg Name Is ClutchGod, Vivek Is Currently Playing For TSm Entity. So Friends This Is The Latest  List of Best Pubg Player In India .

Now We Know THat New Pubg India Is Really India Company Or Not so Lets Get Started.

Pubg India Owner Name (Its Indian Or Not )

Last Year In Septmber 2020 Pubg Mobile Is Lanuched By Tancent Company Which Is from Chinese. It Is Got Banned  With All Other Chinese App Due To Some Security Issue. And Now A New PUBG India Is Relauched By South Korean Company Krafton With New Avatar In Pubg India. So The Pubg India ‘ s Originated Country Is Korea With Indian Name.

Owner Of Pubg :The Founder of Krafton Comapany Is Bluehole , And Kim Chang-han  Is Ceo Of PUBG.

So The India is A Not Owner Of Pubg India Mobile Video Game .it Is A Korean Company Which Relaunched In India With New Avatar.

How To Become Pro Player In Pubg

If You Are A Beginner In Pubg So Here Is Tips To Improve Your Ranking So Follow Our Tips :-

You need to work hard for at least 3 hours practice in the training ground to know your weapons and improve skills and most importantly almost every weapon even in using crossbow You also need to practice in classic to be competent. And yes don’t. Forget buying good headphones Hyper X is the best and under budget and comes recommended by most of the eSports players.

Many Peaple have many dout so below i have add some questions and theirs answers for help of those peaples.

How many PUBG players are there in India in 2021?

At The Current Time In Pubg India Total Player is 452 Thousands. It Can Be Increased In Future because pubg india is reently launched But At Current This The The Real number.

Jonathan Is the no.1 pubg Player in india but in Kerala kaztro Is Best And Popular Pubg Player In Kerala.

I Hope Would You Like This Article On best Pubg Player In India , In This Artcile I Also Telled About How To Become Pro Gamer in Pubg. And I Also Show Their Net Worth And Pubg Id . If You Have Any Query Related To This Article So Comment.

Watch The Video For Better UnderStanding.

Suggest You To Not Read Or Read Only If You Interested

India’s favorite Mobile Game
Featuring diverse maps with distinctive terrains on digital put, Battlegrounds Mobile India uses Unreal Engine 4 to bring to life the sublime world, augmented by using 3D sound, to produce a decidedly immersive revel on a cell smartphone. Uses full competencies. Choose your map and mode that suits you and get ready for a thrilling experience.
Bigger than pure battle, Battlegrounds Mobile India’s new game play is unbreakable, so is Battle of Wisdom, as you battle your enemies in a clash royale mode or a loose fire battle or even one-on-one TDM. Develop strategies for taking in. Are you ready for this project?

With exclusive month-to-month new content updates, and international-grand collaborations, this battle royale game can usually be something to keep up with. As we move up the calendar, we can take note of more and more comments from you on India’s favorite sport, we’ll be painting with partners and creating exciting new collaborations your way.

Some Text Are Taken From Playstore ‘s Pubg App.

India Events
Battlegrounds Mobile India is a brand new free game made for Indians. As promised, we include an interesting series of release events to cheer up the week and even the past. As more and more players join the game, India’s Battlegrounds opportunity sets you up with a permanent crimson outfit completely free, so invite your friends over and get ready! There might be more to come back including weekend vibes, party time, Friends for Life, and thrilling prizes from clothes to weapon skins. Track in the foyer and get on the battlefield today!

Set in a virtual world, Battlegrounds Mobile India is a new battle royale game in which multiple players hire techniques to stand on the battlefield and become the final man. A loose, multiplayer pleasure to play in Battleground Cell India, players can battle it out in multiple game modes that can be either solely or single squad based.

#1: I love this entertainment but the result, I usually use yellow, however when we hit it’s green, and my tool lags, both internet lag and frame charges drop. I’m playing the version around the world. My body rate drops but in BGMI it lags like hell, and I think it’s the game. Even when hit, it looks like leaves are coming out. I certainly had a terrible revelation with this game and I am starting to regret switching to BGMI. Please fix it, I will not play bgmi until the update comes.

#2 : I love the changes made to the game…the lack of godzilla vs kong mode…but I didn’t despite the fact that it would be so cool and so clean…photos can be moved to beautiful places. .. but universal game is so intuitive… and please guys don’t insult it now, because it has taken a while to launch but can see all and miscellaneous reason. And the most exciting element turned into account statistics transfer which made me very happy.

#3: – Hi Krafton, your entertainer is the coolest game I’ve ever played in my life! The photos are amazing duper first-rate, the costumes are awesomely fancy, and the looks are awesome. I really liked your game! One thing I have to mention is to upload pink colored blood so that it can make the game extra super. Anyway crafton true activity, I’m looking forward to a brand new update from you guys!!!!!!

#4 : – There are a lot of bugs in the game which you have to fix… 1. None of the fb boy is displaying in the list who are playing this game…we must manually add our friends. 2. Scope glitch.. Exclusive scope showing.. 3. When I ride motorbike and if it jumps from a mountain it goes under the ground and can’t even go out… 2 or 3 times it happened to me… 4 M249 is a gadget gun but it has much less damage than AKM, M762 and all. why?